Back to Our Alumni 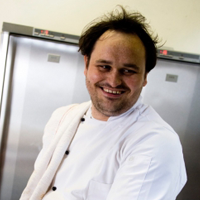 Year: 2004 Subject: Catering and Hospitality
Lincoln College gave me a grounded and open perspective towards working in catering; I worked with an eclectic mix of lecturers and mentors who helped to make me the person I am today.

Sam Owen studied Catering and Hospitality at Lincoln College in 2004 and continued his studies as an apprentice; he then worked within a number of catering roles – including working at Michelin Star restaurants.

By the age of 21, Sam had become Head Chef at The Lincoln Hotel and achieved international recognition from the AA for his culinary skills; he has since lived in Leicester and launched his own restaurant which was a huge success and was invited to attend the National Restaurant Awards. His restaurant reached the finals of the Taste of Leicestershire Awards amongst other achievements.