Three creative business pioneers and what we can learn from them 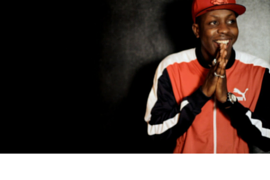 David Cameron recently announced that creative industries were the driving force of the UK economy. Design, music and film are just a few creative industries that cross cultural barriers by touching on interests and desires that are shared worldwide. There’s a lot we can learn from such an influential field. The skill and determination involved in mastering a creative skill and fierce competition in many creative industries, mean that the entrepreneurs in this sector have faced and overcome many challenges.

So who better to take a few career lessons from than three creative entrepreneurs that have found success in their industries?

Zaha Hadid – Allow criticism to improve you, not break you

Baghdad-born, world-renowned architect Zaha Hadid has certainly faced her fair share of challenges over the years. In an interview with the Guardian she once said “You cannot believe the enormous resistance I’ve faced just for being an Arab, and a woman on top of that”. Hadid was the first female recipient of the prestigious Pritzker Prize for architecture, and famous for designing the London Aquatics Centre for the Olympic Games.

“There are still some worlds women have no access to,’ said Hadid. “But I don’t believe that stereotype remains in architecture. In the last 15 years there’s been tremendous change. Half of architecture students are women, and you see respected, established female architects all the time.”

Hadid has proven that incredible achievement requires hard work and a resilience to criticism. “I’ve broken beyond the barrier,” she said. “But it’s been a very long struggle. It’s made me tougher and more precise – and maybe this is reflected in my architecture.”  Most creative pioneers have to face knock-backs but each gives a lesson that you can take with you to the next stage, and Hadid certainly proves that this perseverance pays off. Sadly, Hadid passed away in early 2016, but her legacy will continue to inspire future generations of creatives.

Jamal Edwards – Self belief is crucial

Twenty three year old Jamal Edwards is a self-made multimillionaire and owner of SBVTV. He started out as an amateur film-maker on the council estate he grew up in. After being given a video camera at the age of fifteen, Jamal began making films of his friends rapping and uploading them onto You Tube.

“You can say my videos had mixed reviews to begin with,” Jamal told BBC News. “Some people didn’t get them, but others thought they were sick [good],” he says. “So I started to put them up on YouTube so everyone could see them, and it just grew from there.”

His dedication to filmmaking outside his part-time retail job and unwavering belief in himself soon built him quite the reputation. SBTV broadcasting company now produces rap and pop videos which receive millions of hits, making substantial profits through You Tube’s advertising revenues.

“Try anything, don’t be scared of failure, that is my advice,” Jamal says. “The only failure is not trying. And when you find your niche, what you are really good at, hit it so hard.”

Sophia Webster – Know what you like and trust it

Whilst studying for her MA footwear course at the Royal College of Art, Sophia Webster raised a few eyebrows amongst her tutors for spending all of her time designing pink shoes adorned with 3D butterflies. As a graduate of the prestigious Cordwainers College shoe design course at London College of Fashion, you’d think Webster would have jumped through enough hoops to prove her worth, but her tutors saw her overtly feminine designs as “a severe conceptual problem”. However, Sophia stuck with it and in 2008 she was chosen to be renowned designer Nicholas Kirkwood’s apprentice. In 2010 she won the Browns Shoe Design Award and launched her own label, before being awarded the British Fashion Council’s “New Gen” Award in 2013. Today, her business has a turnover of £9 million and her shoes are sold all over the world.

“What I do is very feminine and fun and done in a chic, sexy way,” Webster told [Vogue Magazine]. “My shoes are for women who want to express their personality through their shoes and will appreciate and enjoy them.”

As one of fashion’s fastest rising stars, Webster is proving that knowing what you like, keeping it individual to you, and trusting it, can reap huge benefits.

Feeling inspired? Click here to check out some of Lincoln College creative courses.