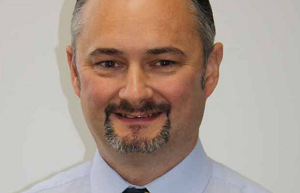 Richard Shaw has been appointed Director of Lindum’s BMS division, climbing the ladder since he began with the company nearly 30 years ago as an 18-year old apprentice.

Trained as a joiner, Richard completed an apprenticeship through Lincoln College before working in the Lindum Joinery division with a team of experienced craftsmen for six years.

During his career at Lindum, Richard has overseen many projects, including, more recently, the new Richmond Medical Centre in North Hykeham, the redevelopment of the OneNK Centre and the installation of a new reception at the Usher Art Gallery.

Richard said: “When I joined the company, I didn’t ever think I would be here 29 years later. In fact, I wasn’t sure I’d even get the job as I’d failed woodwork at school.

“But the support and training that I’ve been given has allowed me to enjoy a varied and fulfilling career.”

Gary Headland, CEO of Lincoln College Group said, “Richard has shown what successes can be achieved in a career, which begins with an apprenticeship, for those that show commitment and passion in industry.

“It also highlights what exciting opportunities there are for those pursuing a career in construction working on local projects at the heart of the community.”

If you are interested in a career in construction visit our Construction Career College contact us via email enquiries@gainsborough.ac.uk or call 01427 617471.